The British Association of Women Entrepreneurs (BAWE) announced this week the election of Giovanna Forte as joint Vice President with fellow female founder Hellen Ward. “Giovanna is an #innovator, #inventor, successful #marketeer, #entrepreneur and a ‘getting things done’ person.” said Rachel Cappuccini, spokesperson for BAWE. Giovanna is delighted to have accepted the role and looks […]

The Association of British HealthTech Industries (ABHI) recently launched the UK Healthcare Pavilion, a single platform to unite MedTech companies with the UK healthcare sectors, both NHS and private. Forte Medical is very happy to have joined such an august and respected portfolio of companies, providers and innovators.  Our entry features films about our technology […] 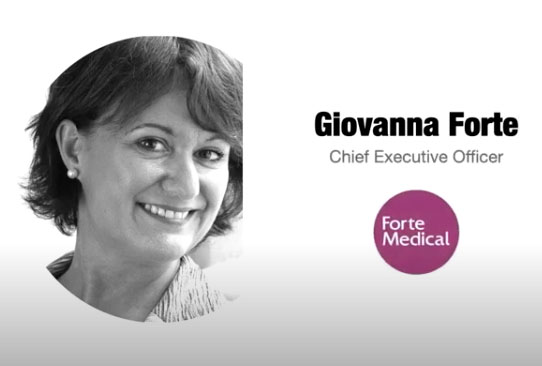